Recent, extreme hurricanes have devastated favorite Caribbean island communities.
For travel, the impact of more extreme hurricanes is double. It can take years for tourism infrastructure in island destinations to rebuild and welcome visitors again, so your favorite destinations and resorts may be unavailable.
Plus some travelers avoid Caribbean island vacations (and cruises) during the Atlantic summer and fall hurricane season, especially during the peak two months of risk mid-August until mid-October, for fear of being stranded or worse if a hurricane hits during their holiday.
The solution? Head south.
There's no perfectly 'hurricane-proof' island in the Caribbean, but the three Dutch 'ABC' islands at the southern most edge of the Caribbean are just beyond the fringes of the hurricane belt, and havens for hurricane season island vacations.
By: Lynn Elmhirst, Producer/ Host BestTrip TV

The furthest of the ABC islands is only 15 miles off the coast of South America. Still, Aruba is just a couple of hours flight from Miami.
Unlike other Caribbean islands which are tropical, Aruba's climate is a desert. You'll see a landscape of cactus and aloe vera plants; especially in Arikok National Park, which covers nearly 1/5th of the island, and is also home to caves and archeological remains of original inhabitants. 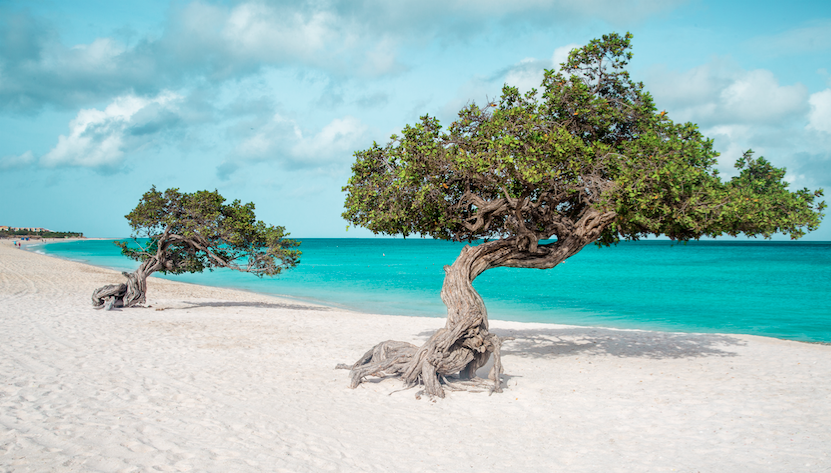 The smallest of the ABC Islands, Bonaire is essentially a coral reef pushed out of the sea and surrounded by one of the world's most celebrated coral reef systems. The reefs have made Bonaire a bucket list destination for divers who consider it one of the very best shore diving destinations in the world.
Bonaire has led the Caribbean in nature conservation and eco-tourism. The entire coastline was designated a marine sanctuary in 1979. It protects the 350 species of fish, 60 species of coral and 4 species of sea turtle in its reefs. 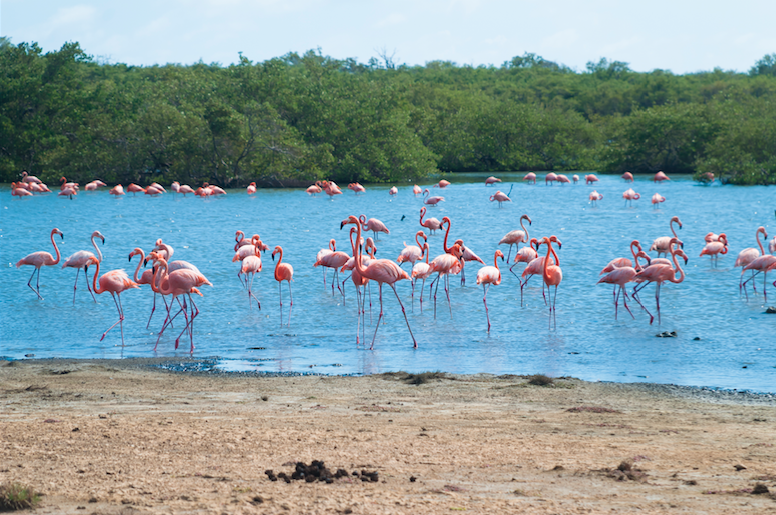 Bonaire's shoreline is dotted with lagoons and inlets that are home to marine birds including rare nesting grounds of pink Caribbean flamingos. Mangrove forests are popular kayaking and snorkeling destinations for hotel guests and passengers in port from cruise ships.

Larger than Aruba and Bonaire, Curacao is also more commercial, with financial and oil-refining industries. It's a popular cruise port and has direct flights from cities on the East coast, as well as Miami and the Netherlands.
Curacao's capital Willemstad dates from the early 1600's. Its collection of well-preserved Dutch colonial architecture, cotton-candy and lacy versions of typical buildings from the era in the Netherlands, has earned UNESCO World Heritage status (pictured, top).
The island also has a thrilling geological feature for avid scuba divers: the 'Blue Edge', where the sea shelf drops sharply off only 200 feet from shore. Possibly more famous than the island itself is its world-famous namesake blue liqueur. Curacao is distilled from the island's Laraha fruit, a bitter orange that resulted from Spanish settlers' attempts to raise Valencia oranges in the dry, poor soil. Although its fruit is inedible, the peel is powerfully aromatic. The liqueur's trademark blue? Just added color.
The ABC Islands should be on any traveler's list of top Caribbean destinations, especially during hurricane season.

Copyright BestTrip.TV/Influence Entertainment Group Inc or Rights Holder. All rights reserved. You are welcome to share this material from this page, but it may not be published, broadcast, rewritten or redistributed.
By Lynn Elmhirst on 09/27/2019 in Netherlands Antilles